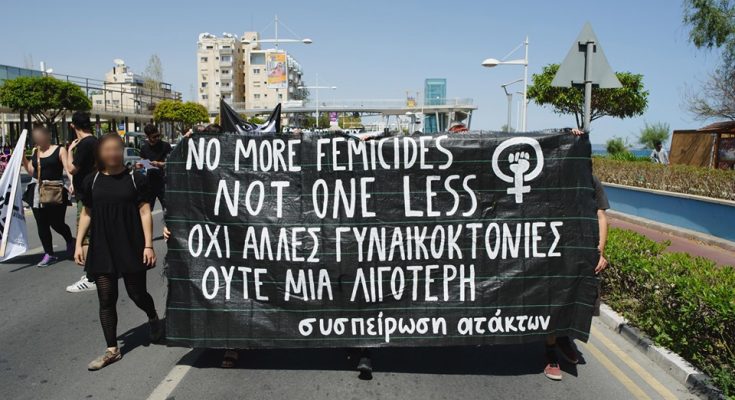 drops of sweat and blood of others.

Your only offer was innocence

Bargained away through time,

You’re a philanthropist, by definition superior. […]

a quote from the poem: “Why are you shocked?” by Giorgos Pericleous.

Mary Rose Tiburcio, Sierra Graze Seucalliuc, Arian Palanas Lozano, Maricar Valtez Arquiola, Livia Florentina Bunea, Elena Natalia Bunea. Bodies of women and girls,immigrant and insignificant lives for both the cypriot state and the cypriot society. Murdered bodies, thrown into wells, in ponds, in suitcases, that heavy rain and accidental reports from tourists brought recently to the surface. The fact that so far seven women and girls have been murdered indicates something far more abhorrent: the deep racism and misogyny of the Cypriot institutions and the Cypriot society itself.

The invisibility of the immigrant women living and working in Cyprus has transformed into a horrifying spectacle, reminding us of the daily violence to which these women are exposed due to racism, unjust working conditions and patriarchy; conditions established -not only- in cypriot society and consciousness.

The marginalization of the immigrant female workers from the realm of the “political” and their social position as abjects -not subjects- of the institutions of the Cypriot State were revealed by the total indifference of the State to their existence/luck. Once again, the “occupied part of Cyprus”, the “black hole”, functioned as an excuse to the reluctance of the State to deal with such matters. However, the failure to deal with the disappearances is at the same time a failure to recognize the social oppression of immigrant female domestic workers in Cypriot reality; a failure to recognize the violence of gender and power relations.

Behind the distinct story of each murdered woman, there is a structure which is no exception but the common ground of all femicides around the world: patriarchy. From America to Saudi Arabia, from Argentina to Spain, and from Turkey to Cyprus, the basic tool of patriarchal societies is gendered violence. Psychological and physical violence against women is one of the basic methods of their obedience. This type of violence has different manifestations and a different degree of brutality: it starts with words that afflict the bodies of women and objectify their bodies and their sexuality, it becomes systemic and subordinates on the basis of origin, color, class, salary, labor, sexuality and desire, while in its outburst it could result to physical abuse and murderous mania.

Patriarchy has for centuries sowed poison in the minds of men perpetuating a culture of sexism, deeply rooted in inequality and gender discrimination, the economic weakening of women, and the acceptance of toxic masculinity with its nationalistic and militaristic impacts. It is no coincidence that so many centuries of systematic violence create repeated expressions of sexist enforcement: in communication, in contact, in the workplace, in public space. Sexism is the daily expression of patriarchy in our lives. Because in the bipolar concept of power-domination one finds a whole range of sexist violence; from vulgarity to speech, to physical violation, and from rape to death.

The scariest thing of all though, is that we are progressively led to the normalization of this sexist culture and, without reducing the severity and tragedy of the femicides, we must recognize that they are only the tip of the iceberg from the surface of which are emerging cycles of gender violence and hatred that patriarchal societies have imposed in the form of physical, psychological, sexual, economic, institutional and symbolic subordination. Nikos Metaxas is flesh from the flesh of patriarchy in Cyprus, that sees the bodies of immigrant women as temporary, consumable, worthless.

Today, we stand in solidarity with the marginalized communities of immigrant domestic workers and their struggle for visibility and (social) justice. We recognize the privileges we have in making our voices heard more. That’s why we are walking side by side, shouting to uncover institutional violence.

It is our duty to create collective structures that will fight against sexism, patriarchy, racism and nationalism. Our debt is to change the public discourse and the public space so that it shows zero tolerance to cases of sexism.

SILENCE SHALL NOT BE OUR DOMAIN OF ABJECTION. 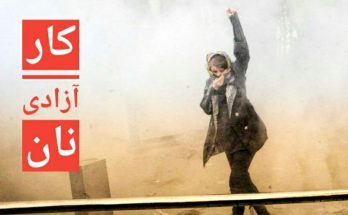 “I do not fear them. I have nothing to lose” – Iran’s current “No Future”- movement challenges the Islamic Republic