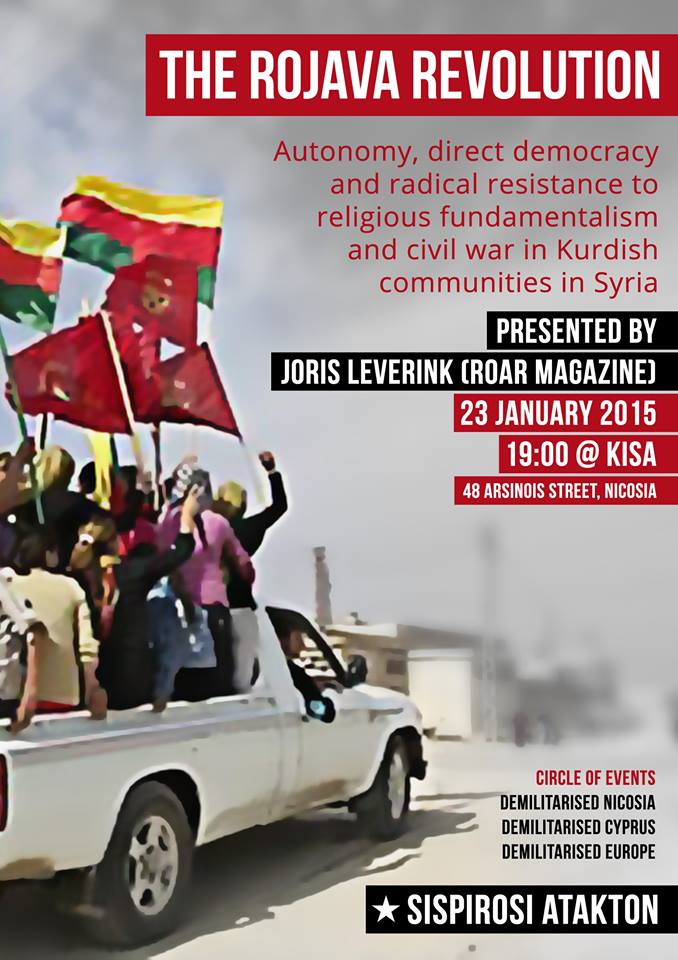 In the summer of 2012, sixteen months after the start of the Syrian revolution-turned-civil-war, something extraordinary happened: in the midst of the carnage and destruction of a country in ruins, the Kurdish regions of northern Syria, known as Rojava, declared their autonomy from the central government. In the months that followed, the Rojava revolution silently but with determination started to built an alternative society founded upon the key values of gender equality, horizontal democracy and environmental sustainability that would in time grow into a beacon of hope for all looking for an end to authoritarian governments, Western imperialism and neoliberal capitalism in the Middle East. In this talk, Joris Leverink will explore the origins of the Rojava revolution, analyze its relations to neighboring powers and argue that the Rojava revolution could be our only hope for peace in the Middle East. Joris Leverink is a freelance journalist with a background in cultural anthropology and political economy. He currently lives in Istanbul from where he covers the Kurdish struggle and social uprisings in Turkey for a number of international media outlets. He is also an editor for ROAR Magazine.