In the context of the forthcoming inter-communal protest march for a ‘De-Militarised Nicosia 2015’, which will be held on both sides of the borders dividing Nicosia on Saturday, 28th of February, Syspirosi Atakton starts a circle of events that will peak on that day.

On January 8th, Saffo Papantonopoulou joined us. You can watch the video of her presentation and the follow-up discussion below:

In 1926, Levi Eshkol, who would later be prime
minister of Israel during the 1967 war, visited Western Thrace, and
observed the settlement of Greek refugees from the 1923 Greek-Turkish
population exchange. He remarked at the time that it was an “‘an
enormous and interesting project,” which could provide a model for the
creation of the Israeli state. In this presentation, I draw together
some of the unlikely similarities between Greek, Turkish, and Israeli
nationalism. Focusing on the impact of Hellenization on the Jewish
community of Salonica after the Greek invasion of 1912, I argue that
nationalisms which claim to be mutually antagonistic, often converged
when it came to the re-arrangement of people and re-definition of their
ethnic identity. 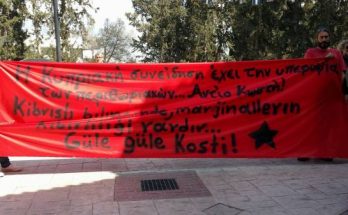