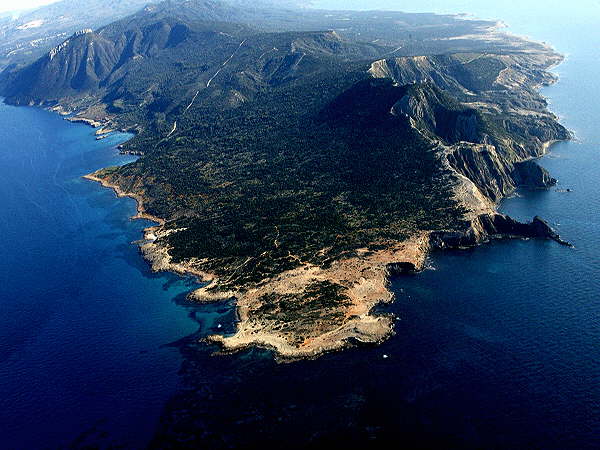 The preservation of the Akamas peninsula from the Capital and its growth has been and continues to be one of the most important battles of the ecological and social movement in Cyprus in the last 30 years. For us, the hijacking and growth-oriented pillaging of Akamas constitutes the capstone of a wider attempt of appropriation, privatisation, and commercialisation of natural resources and which aims to destroy the web that connect people and the society with the wilderness and the natural environment on the island.
Such attempts are obviously not unique to the political and financial elites of Cyprus. To the contrary, those have been the methods of appropriating our lives, not only through time/generations but also through space/borders. Hijacking the Commons is thus not a novel practice for the authorities, nor it is only observed in Cyprus. Across time and borders, it has been a pivotal method through which the Commons — be them natural Commons (such as mountains, forests, gorges, beaches, seashores, or the sea), socio-cultural Commons (such as knowledge, archaeological and public spaces), or socio-economical practices and infrastructure (such as agriculture, farming, fishing, and tourism) were accumulated in the hands of the few. It has been, and still is one of the fundamental constituents of capitalism’s primitive accumulation stage. It is directly correlated with the questions of the relationship of human and nature, but also with the type of social and industrial relationships that develop. The history of the Commons is a story that traverses the history of humanity, connecting peoples geographically and generationally.

It is in this framework that the 30-year-old story of the reduction and fragmentation of this area is understood. The local communities of Akamas peninsula and Laona plateau — themselves part of amalgam of societal and ecological goods and Commons — have been waiting for three whole decades for a concrete outcome. At the same time, large land owners, and state and local officials attempt to divide the society in a bid to further their plans. This is how they try to transform Akamas — the last intact ecosystem on the island, after Karpass — in another field for growth, with golf fields, luxury villas, multi-storey hotels, and private harbours, turning the wilderness that will be spared from the growth-oriented pillaging into the front-yard of their grandiose schemes, accessible only to the few elites, and turning the local communities into picturesque attractions in their investment plans. 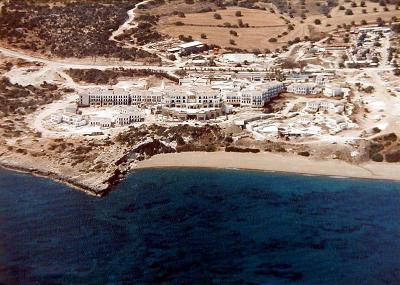 The story of Akamas is characterised by the constant attempt from political and financial elites to turn the local communities against social movements. In the last 30 years, the activists have been targeted by the big Capital and their footmen (like Fotiades and Hadjiminas) and accused to be “agents of the British, serving their military and political interests that seek to once again convert the area into a military exercise field”. Political and religious figures (like Pittokipitis and the Archbishop) have presented activists as “deviants, addicts, and whores that want to do drugs and have orgies in isolated and remote areas”.
Akamas Peninsula, Laona Plateau, and the Limni beach belong to all of us: to us, to you, to its unique flora, to its turtles, to its seals, to the birds and fish, the tulips and the cyclamen, to the gorges and islets, the mountains and forests, to the local communities and the entire society. At the same time, those areas do not belong to anyone of us. They are collective/common goods and it is because of this that we consider the decisions from above and the pressure from Capital for their appropriation, privatisation, and commercialisation of Akamas, Laona, and Limni as acts of war against the society.
From Akama and Limni to Karpass and Kormacitis, we are not backing down before those acts of war. We self-organise, we demand, we mobilise and we resist. Not a single brick, not a metre of concrete. In the age of Land Developers, claiming ignorance is complicity.