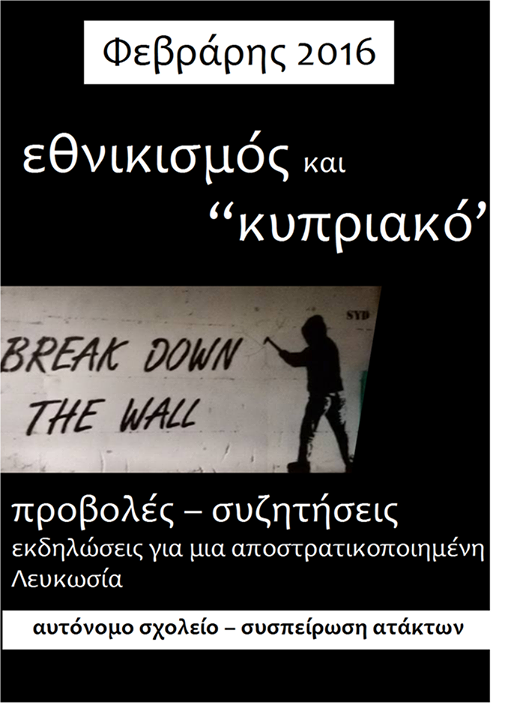 Forty-two years after the coup and the invasion of 1974, the political powers of Cyprus, from both sides, continue to feed the nationalisms that led to its division. Forcing a monolithic historical narrative of hate, attempted and succeeded to maintain the division of the communities, through education, army, memorials of the missing persons, celebrations of national anniversaries.

Cyprus problem has been used up till today to justify from the acquisition of military equipment to the violation of labor rights or even the intervention in interpersonal relationships of people living on this island. Within this context we have decided to dedicate all our actions of February on the Cyprus Problem.

every Thursday at 20:00 at Social Space Kaymakκιν

The films «Çemur» of Derviş Zaim and «Akamas» of Panikos Chrysanthou will follow on the next two Thursdays.

14/02 at Kormakitis: Excursion to Kormakitis village and discussion «The past and future of the Maronite community in Cyprus», with Maria Emmanouel