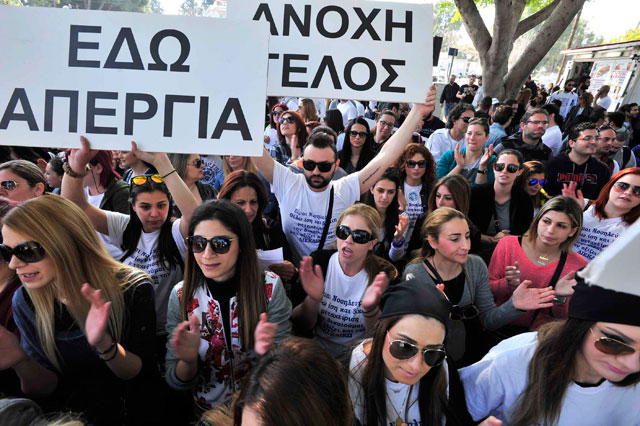 Monday, 9th of May 19:30 at Social Space Kaymakκιν

The 18 day strike of the nurses in the PASYNO union is the most important strike action in Cyprus in the last few years. Their struggle sets an example for all workers.

On the occassion of the International Workers’ Day, we discuss with members of the PASYNO (Pancyprian Nurses Union) coordination comittee about their recent history, their demands, the hardships and problems faced by the strikers, the positive experiences, the results of the strike and what might follow in the light of the negotiations expected end of August.

The nurses’ struggle is important to all of us, because it is a struggle for the whole society, for health and dignity.

On the day, funds will be raised for the PASYNO Solidarity Fund, so that PASYNO is in position to support those among them who faced wage cuts for all the days of the strike, and members who face serious financial difficulties. (It should be noted that the Ministry of Health operated with vegence, since the wage cuts do not reflect the actual time span the workers where on strike. In addition, the Ministry didn’t cut the salaries of all striking workers equally across the board, leaving some workers with higher wage cuts than others) 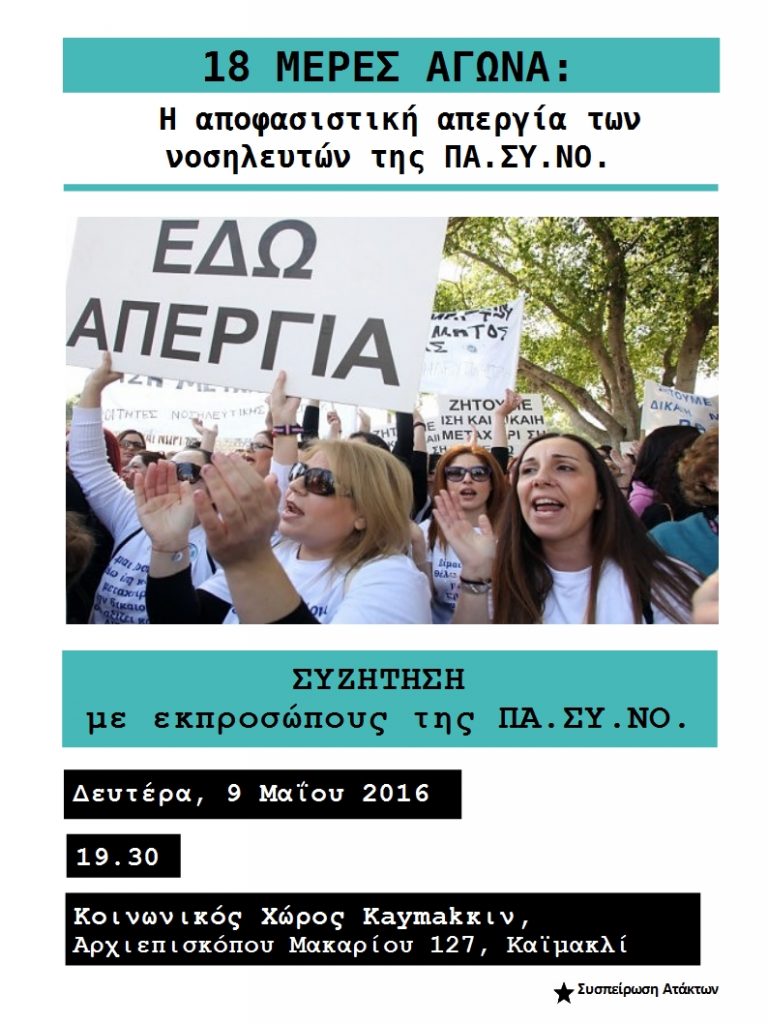