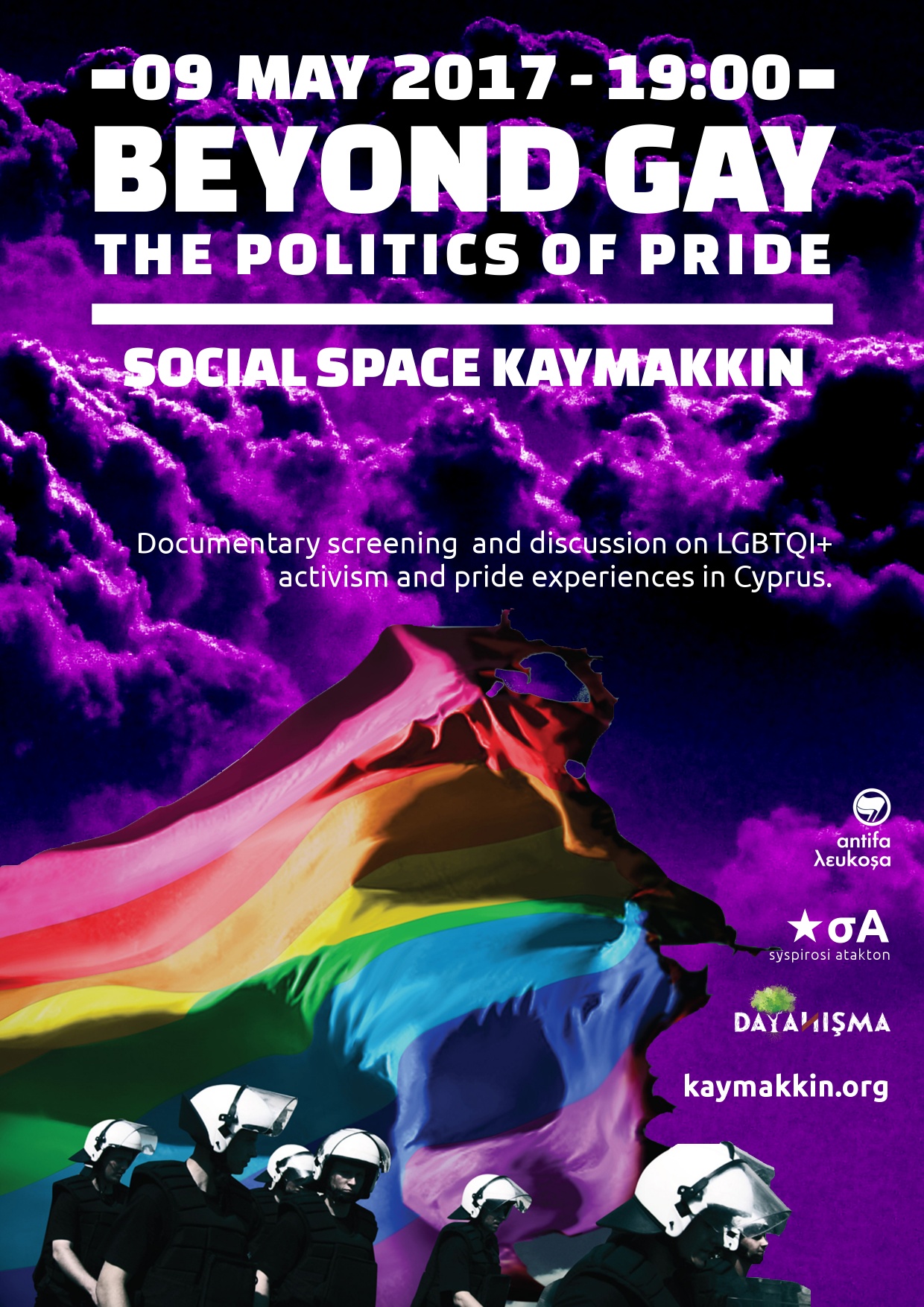 We invite everyone to join our screening of the documentary “Beyond Gay: the Politics of Pride” on the 9th of May at Social Space Kaymakκιν, in Kaymakli, at 19:00. Following the screening, there will be presentations from members of antifa λευkoşa, Dayanışma, Queer Cyprus and Syspirosi Atakton on LGBTQI+ activism and pride experiences in Cyprus, continued with open discussion.

The documentary follows over the course of a year, Vancouver Pride Society president Ken Coolen to various international Pride events, including Poland, Hungary, Russia, Sri Lanka and others where there is great opposition to pride parades. In North America, Pride is complicated by commercialization and a sense that the festivals are turning away from their political roots toward tourism, party promotion and entertainment. It documents the ways larger, more mainstream Pride events have supported the global Pride movement and how human rights components are being added to more established events. In the New York sequence, leaders organize an alternative Pride parade, the Drag March, set up to protest the corporatization of New York Pride. A parade in São Paulo, the world’s largest Pride festival, itself includes a completely empty float, meant to symbolize all those lost to HIV and to anti-gay violence.

The event is co-organized by antifa λευkoşa, Dayanışma and Syspirosi Atakton, in support and as part of “Let’s march again!” pride parade in north Cyprus and overall the series of events “May 17 in Cyprus”.