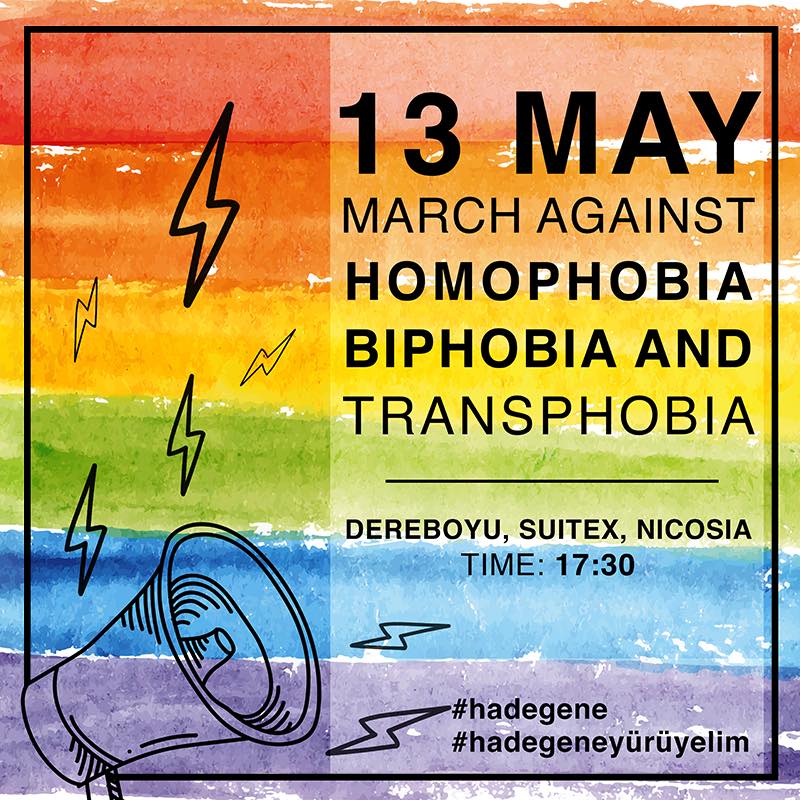 For us, pride marches are marches commemorating the Stonewall uprisings, as well as all the struggles and assertions for the liberation of our desires, genders and sexualities. Liberation from oppressive normative systems, from patriarchy and capitalism which violently dominate and commodify our lives, putting them intο boxes for the sole purpose of profiting from pink money.

It is a way to collectively claim public space in solidarity, for all the struggles against racism, homophobia, biphobia, transphobia, sexism, hetero+homo-normativity, and at the same time against (homo)nationalism, pinkwashing, capitalism, patriarchy, militarism, gender based violence and the stigmatisation of hiv+ people & sex workers. All these struggles are common, they meet and intersect through our multiple identities.

On Saturday, 13th of May, we support and take part in the Pride March in north Nicosia, which will begin from Dereboyu Suitex and will finish at Lefkeliler Hanı. The slogan of this year’s march is ”Here we go again!” (”Hade Gene”), through which we continue the struggles. The march is part of a series of events by the ”17th of May Organizational Committee”, in which we are participating for first time. A committee which functions collectively, self-organized, in the framework of open assemblies, anti-hierarchical and anti-capitalist.