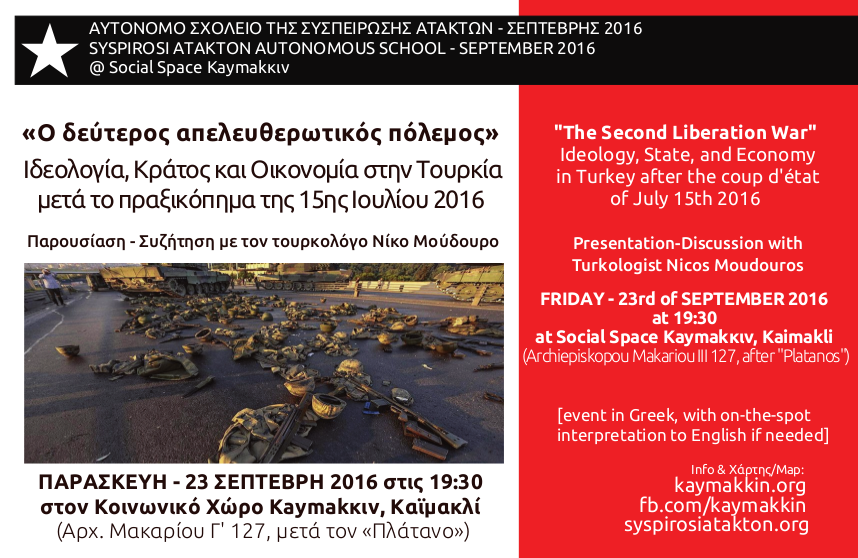 “The second war of liberation”
Ideology, the State and the Economy in Turkey after the coup of July 15, 2016

The failed coup attempt in Turkey on 15 July 2016 was recorded as one of the most important events of the last decades in the country. It is a development which arose from various dimensions and consequences. Thus, it requires the best possible understanding of the key players of the crisis, their ideological background and their positions. The presentation aims at a comprehensive introspection of the attempted coup, but at the same time it seeks to highlight the shifts which happened after the coup on the ideological environment of the country. The goal of the “reinvention” of the State and the economic transformation as components of Turkey’s Islamic movement platform, is also among the main points of the presentation.

The presentation and discussion will be held in Greek with the possibility of whisper translation into English.