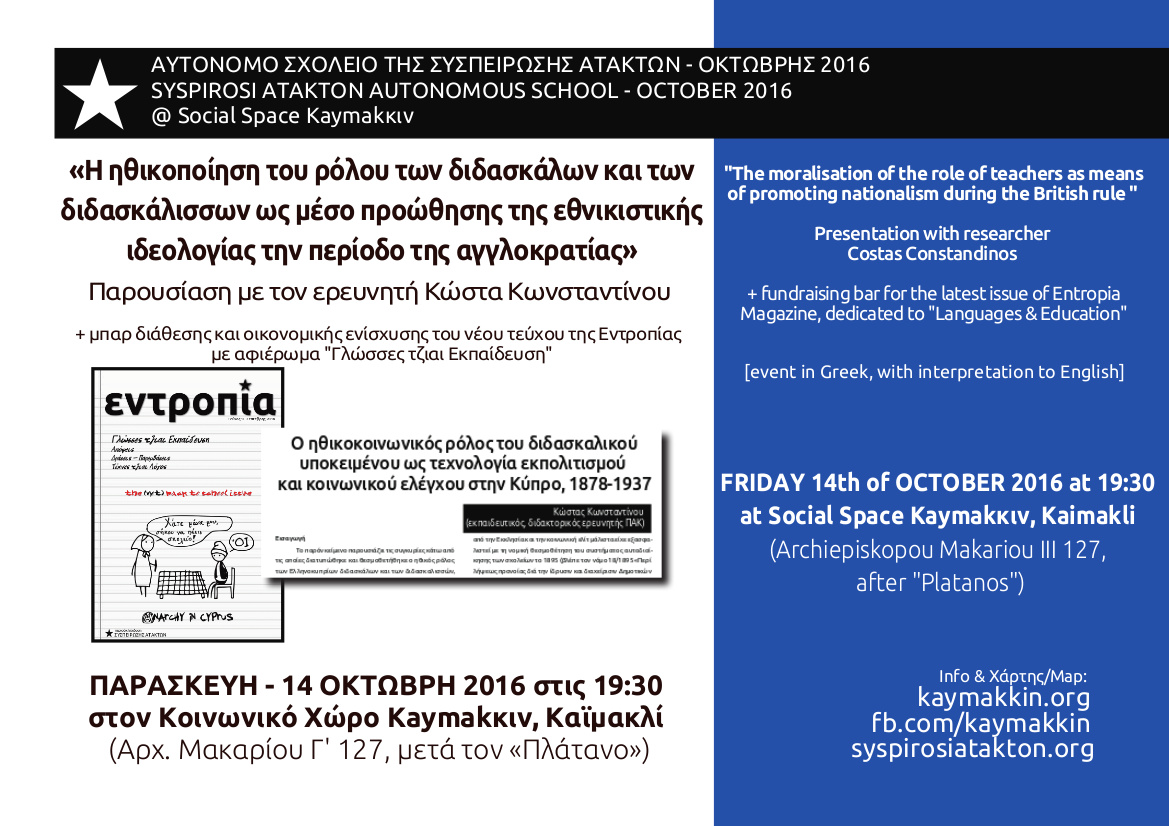 [Ανακοίνωση στα ελληνικά]
FRIDAY 14/10/2016 at 19:30, at Social Space Kaymakκιν in Kaimakli:
Doctoral researcher Costas Constandinou presents his article entitled “The socio-moral role of teachers as a technology of civilisation and social control in Cyprus during 1878-1937”, which is published in the new, 9th issue of Entropia Magazine.

The article presents the circumstances under which the moral role of Greek Cypriot teachers was established during 1878-1937. More specifically, it discusses how this role was used in the discourse of various political and social group in their attempt to discipline and civilise the populace in their attempt to attain hegemony. It is especially noted how the national role of the teacher is linked with their socio-moral role.

Event in Greek, with whisper-translation to English.
The magazine’s contents are in Greek.