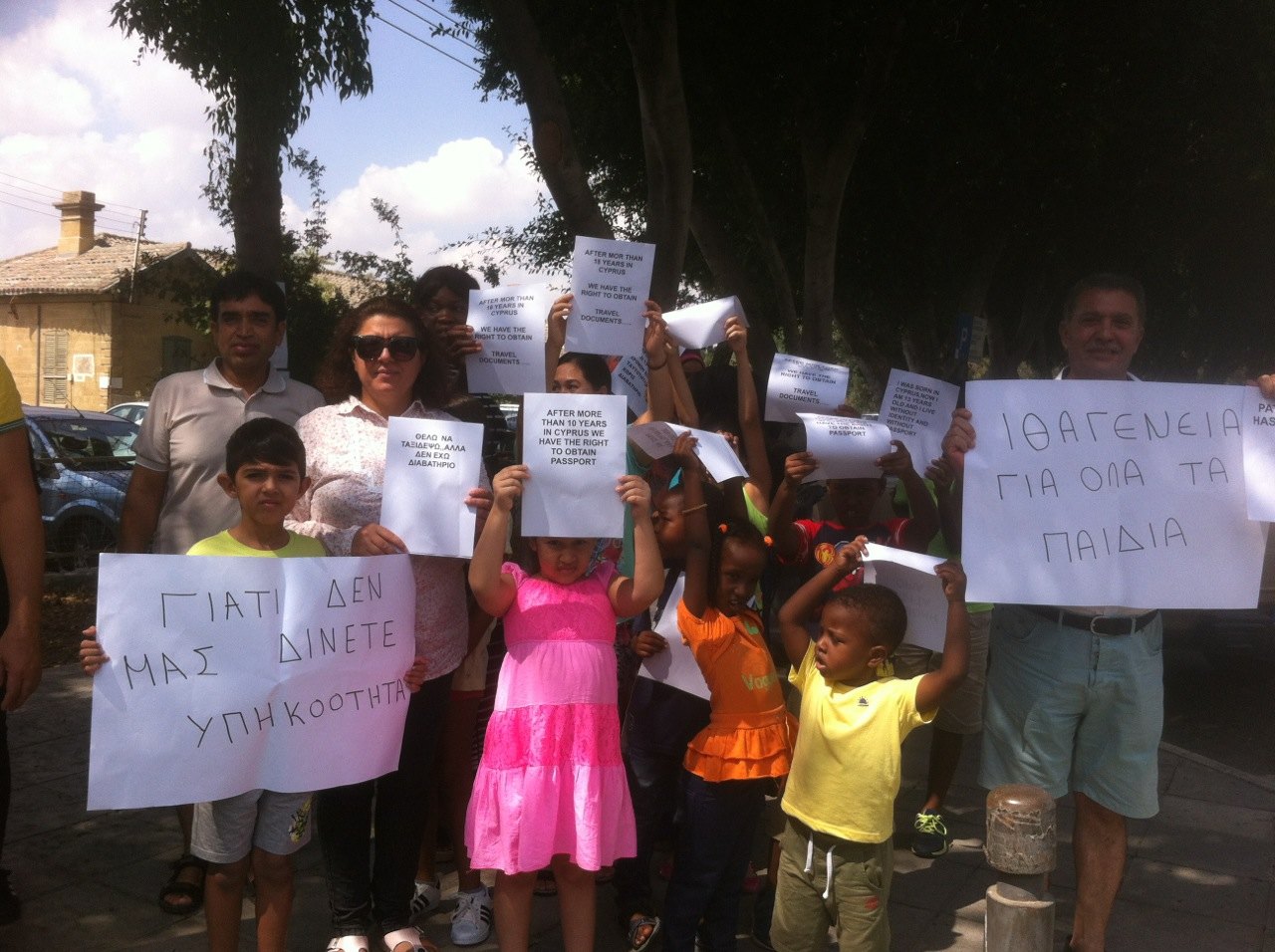 This is what was written on the sign below the two cypriot flags in front of the tents of those seeking justice opposite the HOuse of Parliament in NIcosia. What do they demand? Cypriot citizenship for them and their families (if they have), something which they have the right to apply for after five years of living in the country. Thus, 12 refugees from Iraq, Lebanon, Palestine, Somalia and Afganistan, after more than 10 years of living in Cyprus, are demanding that piece of paper which will allow them to live (as far as this is possible) like humans. Some of them have the status of a recognised refugee whilst most of them have the status of subsidiary protection. All of them have been living for all these years under a temporary rather than a permanent status of protection and living.
“I don’t care about it myself”, one of them told us, “I want this for my children”. If we count the number of people, including the family members who would receive citizenship if their demand goes through, it sums up to 28 people.
All those camping outside the parliament have applied for citizenship and have been waiting for a response for a period which varies between 6 months and 3 years. Only one person has been invited for two interviews 6 months ago but has heard nothing back since. The rest have not received any response. This is another complaint they have, that there is no fixed procedure. They ask from the government to immediately proceed to the completion of the examination of their applications.
“The wealthy Chinese who come to Cyprus, though, immediately get citizenship”,  they said; “their citizenship is money.”
Although they are on a busy street, very few people went to talk to them and hear what thet their demands are. An elderly woman went and told them to go back to their country, as there is no space for all of them here. At the same time however, there is a man who takes them water every day and today a Maronite woman went and took them some bread.
This is not the first time that people, who are supposed to be hosted in and who are supposed to find protection in Cyprus, end up having to demand their rights in this way. The delay, from the part of the government to assess their applications and arrive into positive conclusions with regards to their demands does not have to do with bureacracy nor the fact that there is too much work forthem to do. It as to do with the racism and the xenophobia that frames the government’s policies and practices, and which so often run above (thus cancelling out) the conventions that the Republic of Cyprus has signed.
P.S. As we were sitting there with the refugees, the barrier that closes of the Parliament’s private parking place opened up and a shiny car exited with Christos Christou and Linos Papayiannis, Parliamentarians of the neonazi ELAM party, within it. Just in case anyone had a doubt about what kind of democracy we/they have against us/them.
Sispeirosi Atakton
(Photo: http://kisa.org.cy/refugees-dynamically-claim-their-right-to-citizenship/ 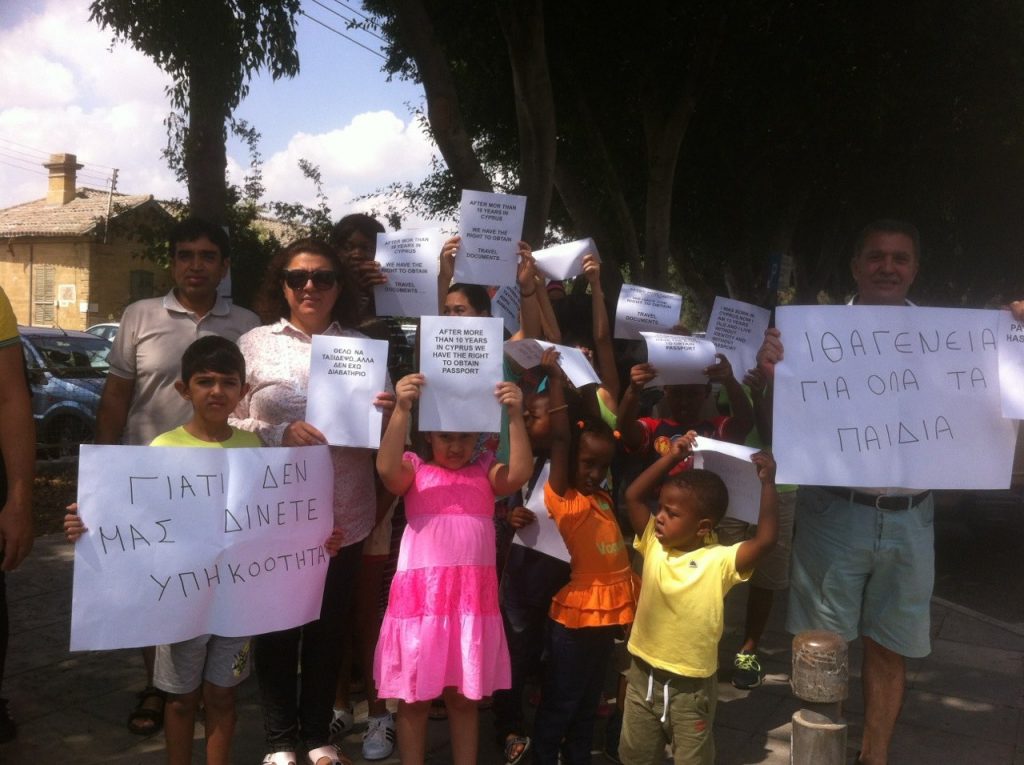